As part of the semester project for my first design class at Berkeley, I took on the challenge of improving rider safety on BART. Following extensive user research conducted as part of a group project, for the final project, I went off on my own and chose to address one of the biggest issues on BART: safety.

The BART rider experience is far from perfect. Based on our interviews with over fifteen people, the common pain points among many of our interviewees were 1) safety, 2) ticketing, 3) cleanliness, and 4) efficiency.

Some data points — according to BART research, over eight years, from 2010 to 2018, customer ratings fell.

So what do riders have to say about their BART experience?

Clearly, fixing a region-wide mass transit system is no easy task. It's extremely important to consider limitations on the type of solution we can provide. The main constraint when coming up with a solution was cost — for a regional mass-transit system, a system-wide overhaul is likely a high-effort, high-cost undertaking.

To brainstorm possible solutions, I was introduced by the design class to two main ideation frameworks: brainwriting, and making an impact-effort map. 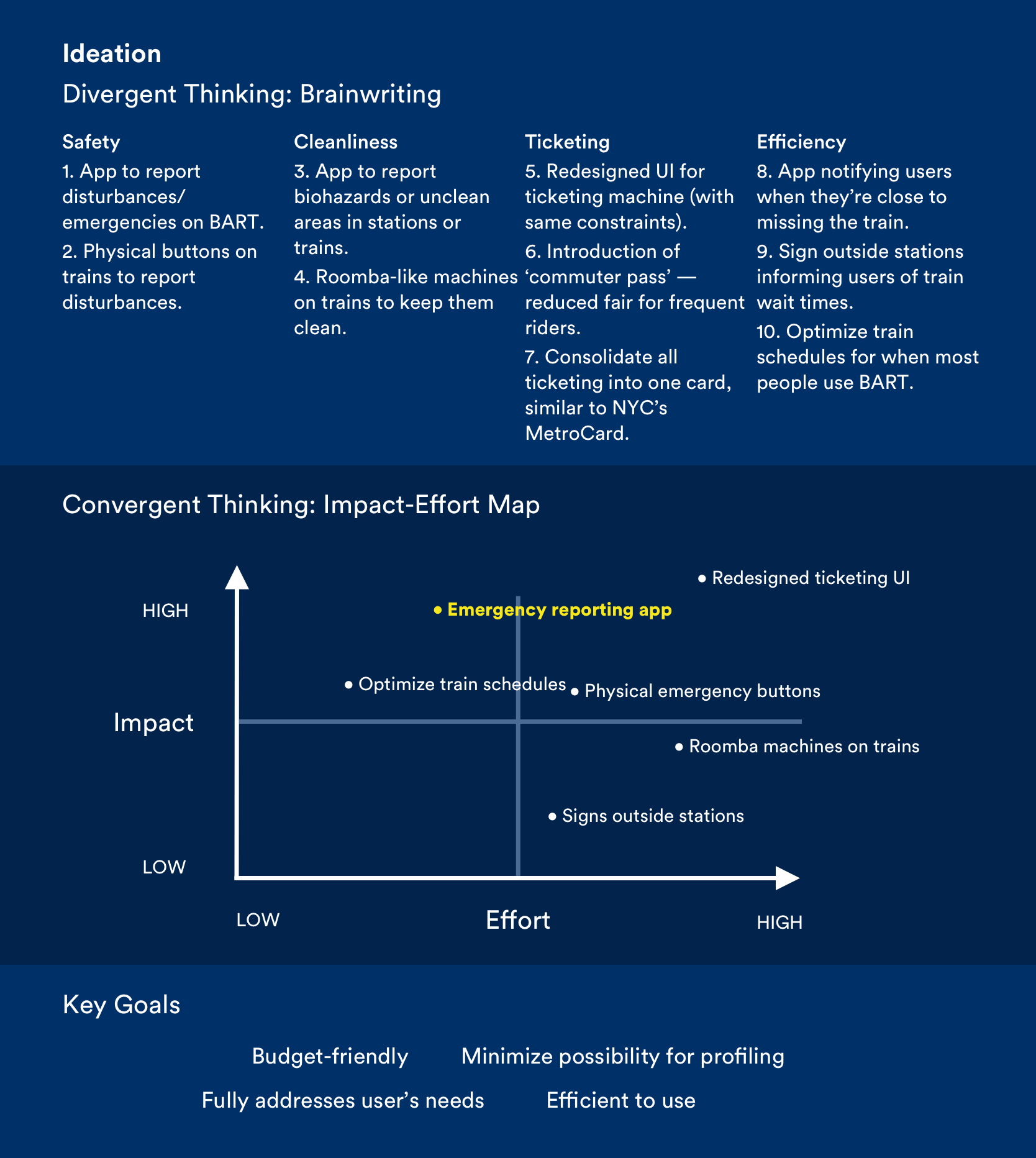 Given BART’s cost restraints, creating an emergency reporting app seemed the most feasible solution to improve safety on BART. When the app is opened, the user is presented a list of incidents they can report, grouped by whether the incident is an ‘emergency’ or ‘hazard’. If the user reports an emergency, an alert is sent to nearby users and BART Police. If the user reports a hazard, the alert is sent to nearby users and station staff. 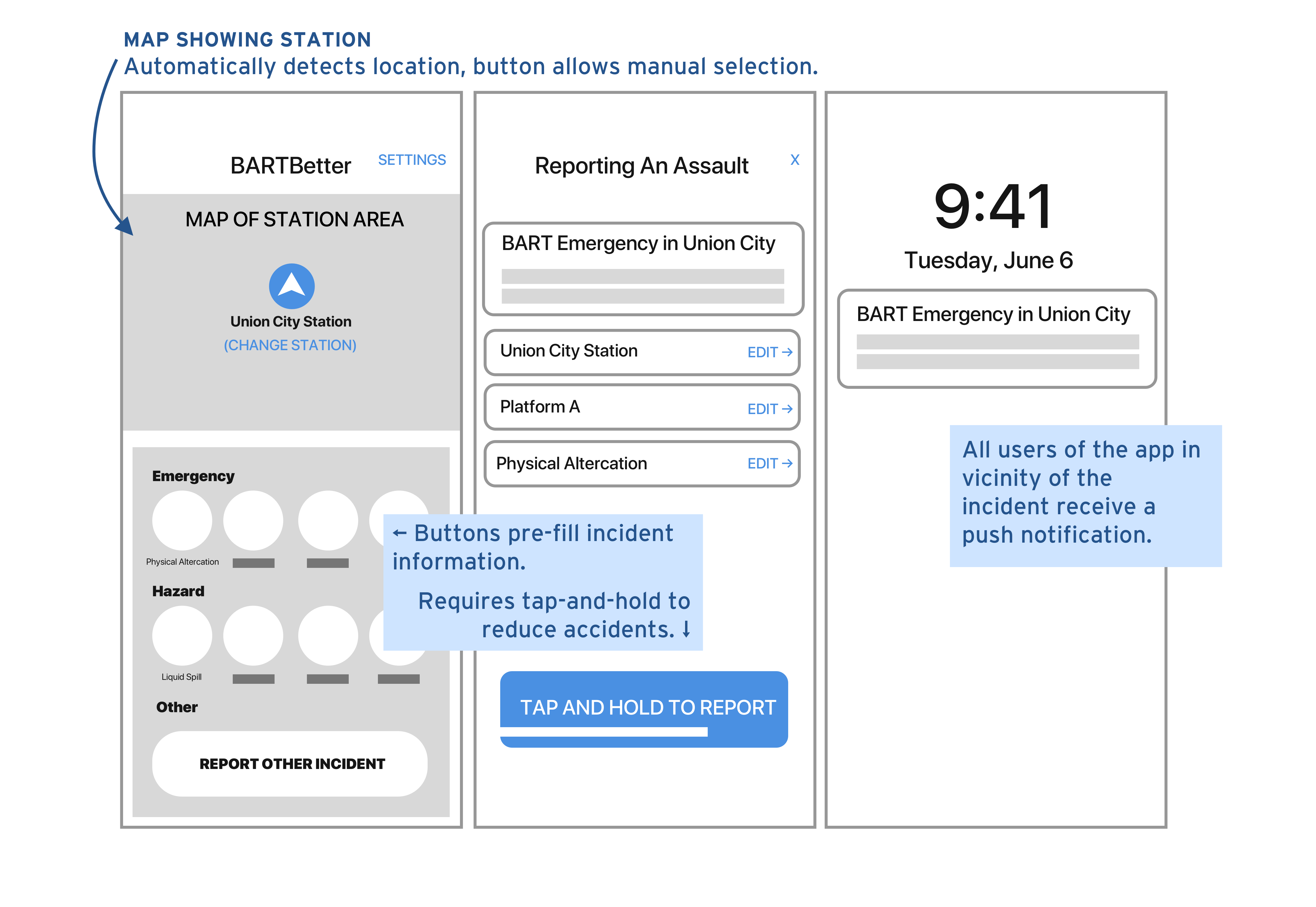 I received the following feedback on the low-fidelity prototype:

Based on this feedback, I made a mid-fidelity prototype. 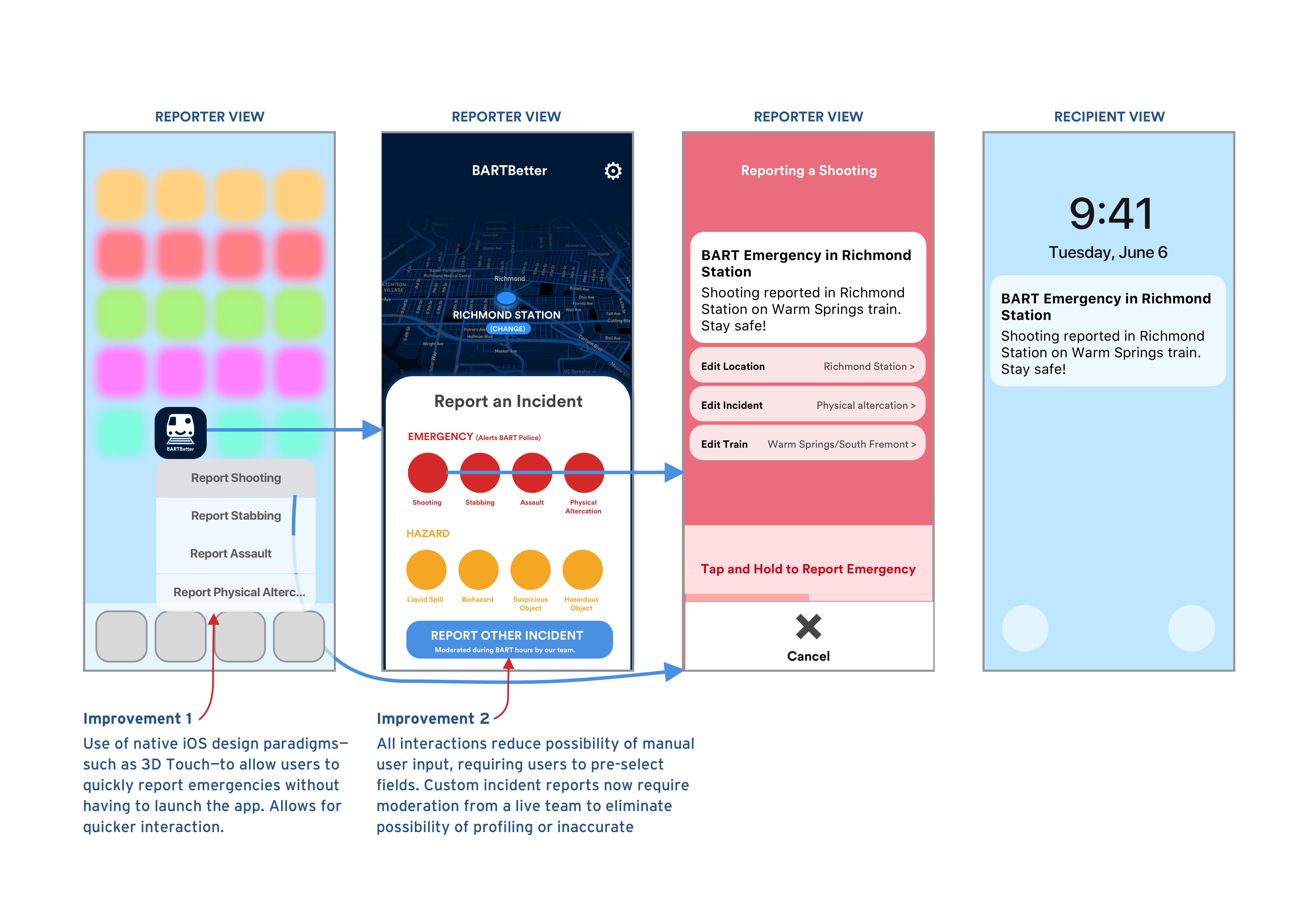